“Travel sparks our imagination, feeds our curiosity and reminds us how much we all have in common” – Deborah Lloyd

I have a revelation to make. I only got my 1stpassport 7 yrs. ago when I was in my late 20s so that means I ventured into wandering around the world pretty late because I wanted to tick off from my bucket list most of the islands and places in the Philippines 1st; before traveling outside my country.

Just after visiting only 2 Asian countries (Malaysia and Singapore) in 2011, I was lucky enough to go to the US twice the following year (the 1st one was for work travel). Most recently, I went to Europe for the 1sttime and it was indeed a great experience.

I still want to go back to Europe maybe 2 to 3 more times in my lifetime and the US will always be a good place for vacation but if you want to be a little bit practical but still want to travel overseas, Asia does not lack variety and must-see places.

Definitely, there are a lot more than 11 cities worth a visit but this is by far my favorites. I initially wanted to list down only 10 but it took me a while to choose which 1 to bump off so just picking 11 made it a lot easier.

Certainly, this is neither a definitive ranking of the most beautiful nor the most well developed Asian destination but I have my personal reasons why and you don’t have to agree with my list. Not enough time in one blog to explain in detail but here it goes.

This is by far one of the most fascinating and vibrant cities I’ve ever visited in Asia, if not in the world. It’s a beautiful kind of chaos out there. By chaos I mean because Metropolitan Tokyo is one of the populous city in the word by density but definitely not stressful as you might think because it has one of the most efficient mass transportation system in the world. The city’s discipline (actually in all of Japan) is beyond comparison, the 99.99% on-time record of trains, very nice and courteous people and of course because I love Ramen, this city goes to the top of my list. Some of the must-do’s are quick day trip to Mt. Fuji, touring around the city by hop-on hop-off bus or by train and if people say that Disneyland is the happiest place on earth, Tokyo has 2 actually (the other one is Disneysea which is unique and you won’t find it elsewhere in the world. I’ve been to Tokyo twice and definitely looking forward for my  3rd visit because Tokyo will host the 2020 Summer Olympics! I can’t wait!

The 2nd on my list is still in Japan. Definitely a stark contrast to Tokyo but in terms of culture and interesting temples and structures, Japan’s old capital definitely should be on your list. It has a great combination of Japan’s ancient tradition with a slightly urban feel. I only did a day trip from Osaka in 2015 and it was raining the whole day so I didn’t get the full vibe of the city so I ended up going back the following year and spent 3 nights there.

One word will come to mind – ARCHITECTURE. Dubai has the tallest building in the world (Burj Khalifa), the most luxurious hotel (7-star hotel Burj Al Arab) and the largest mall too (Dubai mall) by total area. I think this city has a penchant for beating all the Guinness World Records out there from tallest to biggest etc.

This harbour city is hands down one of the liveliest and no wonder it’s my most visited place outside the Philippines (5 trips and counting) so far. From shopping to the Peak Tram ride to Victoria Peak, food trips, and of course just walking around to witness the Symphony of Lights with one of the best skyscrapers in the world, you’ll definitely love Hong Kong. 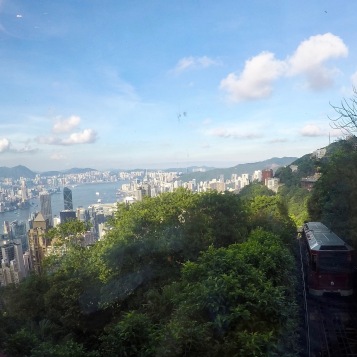 I initially wanted to only list down 1 city per country in my list but I had to make an exception for Japan (my favourite country in the world outside the Philippines) and Osaka is the 3rd one after Tokyo and Osaka. With no exaggeration, the best Japanese food trip can be found in Dotonbori. The city vibe is a lot better in Tokyo (Osaka feels kind of laid back for me) but just because Universal Studios most especially Harry Potter is here; this is a must-visit too. 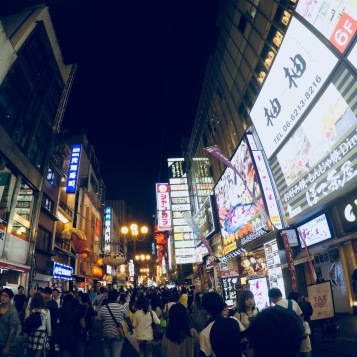 You might find this city and/or country lacking in size because it’s really tiny comparatively speaking but you will definitely not find its safety and cleanliness lacking. Probably this is the best place that showcases how you can do more with less. Eco-friendly urban design, sheer number of green spaces; it’s easy to fall in love with Singapore. I’ve visited thrice and there’s always something new whenever I visit. 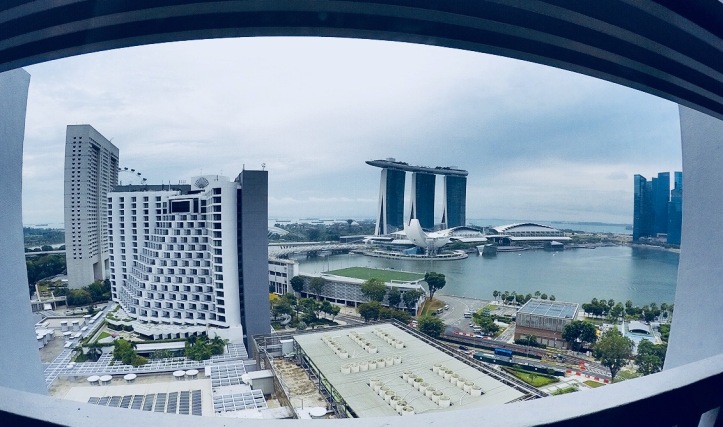 Gardens by the Bay

Gardens by the Bay

I think this is now the most visited city in the world and it even bumped off Paris or London from the top spot and whether it’s because of sex, wellness and beauty tourism, I’m really not interested in that haha. Probably the best place for street food but particularly, this should be on your list if you are budget-conscious. Comparing to other Southeast Asian cities, Bangkok (plus maybe Kuala Lumpur) can be the cheapest (in terms of value for money) to go too. We have a lot more expensive 5-star hotels in Manila than in Bangkok. Lastly, this is the only other place (maybe plus Indonesia too) outside the Philippines that I can easily blend in as a local (for as long as I don’t speak lol). 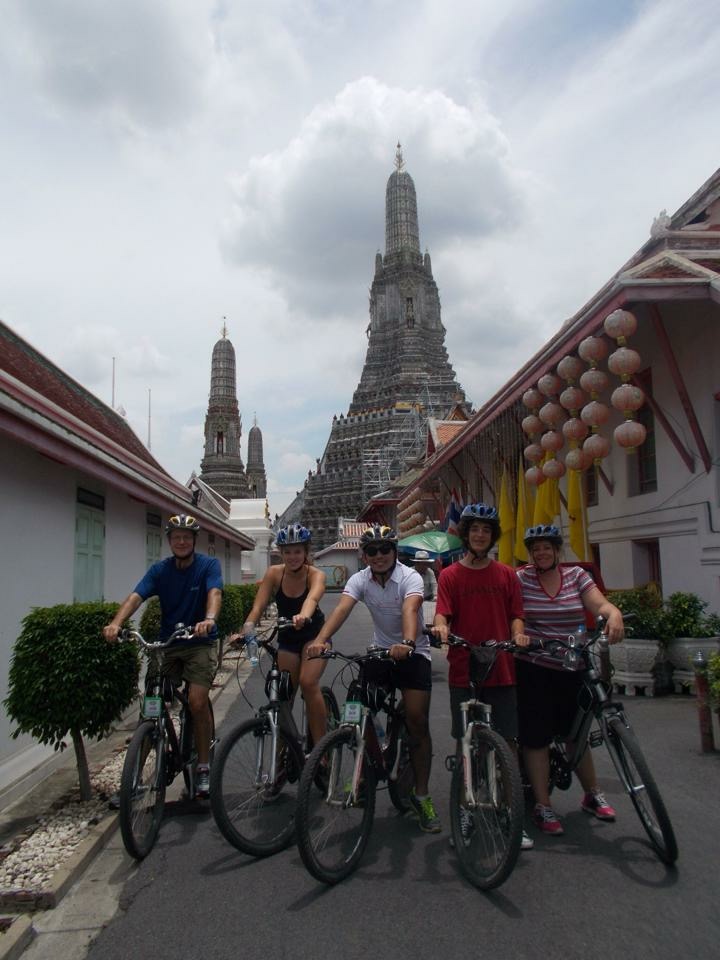 Seoul, as South Korea’s capital, is almost always in the most-recommended places to visit in Asia and I totally understand why. I love highly urbanized cities but if I will be asked to pick, I’d rather go back to Busan than Seoul. It’s hard to explain but Busan has more appeal to me and better Korean food too in my opinion. While not necessarily the best place to visit for Cherry Blossom but just one bus ride away to Jinhae (for the cherry blossom festival) will definitely make this place a top choice during Spring season. 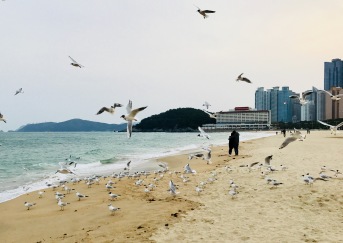 If you love Hong Kong and you want a great alternative, then Taipei is certainly the place to go to. It also has an efficient mass transit system and no offense to the Hong Kong Chinese people but the locals here are a lot nicer. They also have a wide variety of street food (go to Ximending and explore several night markets spread out in the city) and it’s a cheaper city too compared to Hong Kong or mainland China (Beijing). I brought my parents here and they liked it. 🙂

There is no direct flight yet from Manila but this is one of the memorable places I’ve visited. It is an ancient city and often compared to Siem Reap and only opened to tourist not a long time ago but it is really beautiful out there. The pictures won’t give justice of course. 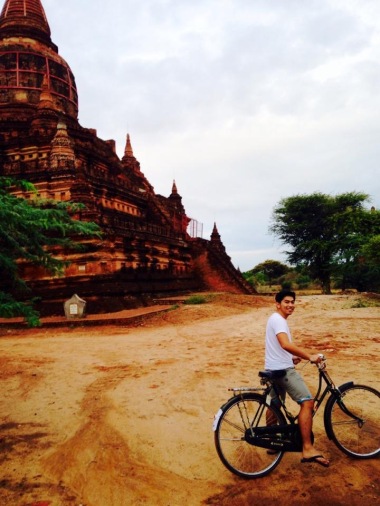 Home of the Terracotta warriors. Probably the best night market I’ve visited (better than Taipei in my opinion). Fairly easy to go to from Beijing (overnight train ride or bullet train for 2 to 3 hrs). It’s ranked 11th but if you want to visit China (you will need a visa), you should add this to your list. 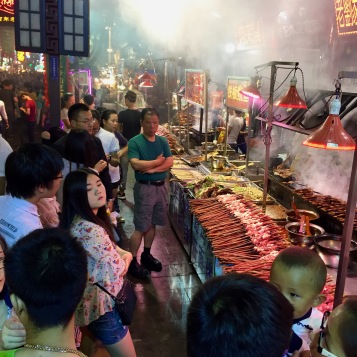 These are great alternatives but just didn’t make it to my top list for some personal reasons and preferences. 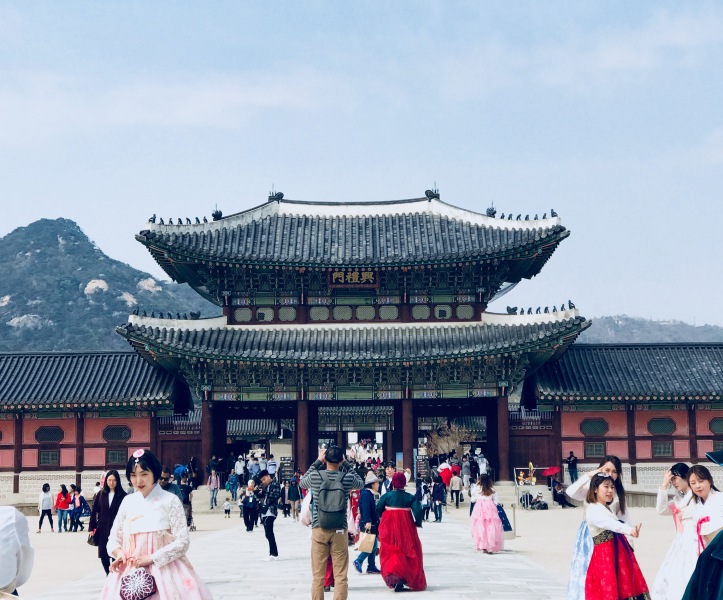 I haven’t been to these places but my top 11 cities to visit in Asia will most probably change once I ticked off some of these cities in my bucket list.